This is a risky post, but it is one in which I believe. I am fully aware that there are many articles out there that will say the exact opposite of what I am about to say. There’s no need for a second shooter unless your wedding has 400 guests and lasts two days, with the bride and groom getting ready an hour apart. If I’ve ruffled your feathers, keep reading. I promise that what I have to say will be interesting.

This is Liquid Fancy heading element

HOW MUCH DOES IT COST?
If I have a second shooter with me, you can expect to pay an additional $1500-$3500 on top of your wedding coverage. You could say:

To which I would respond that I am extremely concerned about someone who owns a business and charges a relatively similar package fee while accounting for two employees doing double the work. Second, I’ve never heard of a professional photographer agreeing to confirm their availability a year in advance in order to work for $500 or less as a second shooter when they can book their own clients and earn 2-4 times as much.

That is the truth. We are artists, but at the end of the day, we have to run a business. How much effort is going to be put into all of those extra photos in the first place?

WHERE HAVE YOU BEEN TOLD?

YOU CAN’T BE IN TWO PLACES AT THE SAME TIME.
Every single wedding you’ve seen on my website was photographed by me. Granted, the bride and groom have never gotten ready one hour apart either. They usually get ready near each other or at the same hotel. Of course, I don’t include every image in a blog or website post, but you get the idea. What was the groom’s reaction when he saw the bride? Check. What was the bride’s reaction when she saw the groom? Check. Without an aisle clogged with people and gear, experience and the right equipment can ensure you capture the right moments. When it comes to getting ready, the groom and his groomsmen usually only take about 20 minutes, at which point I head over to the bride, who is nearing the end of her makeup application and is comfortable having her photo taken. The rest of the time is spent on details and ladies hanging out. Your photographer should be well-versed and outgoing for the reception so that they can move freely around the room capturing candid shots.

I’m not sure what to make of this one. I’ve got legs. I move around with them. This is how I am able to beautifully capture a day.

This is Liquid Fancy heading element

LOWER STRESS
Developing a relationship with one person you barely know is difficult enough, let alone two. Clients often find it extremely difficult to connect with you and thus open up when there is a second shooter present. They also appear to struggle with knowing which camera to look at, despite being directed. This is especially true for large-group family photos. Allowing the group to mingle before grabbing their attention to look at the camera for a shot works best for me. The issue of liability is also something we can discuss. It’s great to have a backup that you can call on, but I don’t think they need to be there with you for the entire day. That’s a lot of money for insurance. In those cases, it’s best to have liability insurance anyway.

DISTINCT ARTISTIC POINTS
This is another issue that bothers me. When looking for a wedding photographer, you want to find someone whose style you adore and with whom you connect. If you have a second shooter, their style is often very different from the lead photographer’s. When you hire someone based on their style and specific composition, the final product may not be as consistent.

WHY CAN SOME PHOTOGRAPHERS PROVIDE “PRO” SECOND SHOOTERS FOR SUCH LOW OR THE SAME RATE?
Some people now prefer to second shoot exclusively because they do not want to do the editing. But consider this: would an experienced professional book a gig 1-2 years in advance for only $500-1000? Nope. Those “pro” second shooters are frequently recent graduates or just starting out. Wedding photography isn’t cheap, nor are experienced, professional second shooters. Is the offer too good to be true? It’s entirely possible. You may get more consistency with husband and wife teams, but they can more easily share one income and you are likely to get nearly the same amount of photos as with one photographer, so the benefit may be minimal. Finally, the decision is entirely personal.

HOW MANY IMAGES DO YOU REQUIRE?
So, let’s say you have one photographer for about 10 hours (average full day coverage) and you get 500-700 fully edited photos, or more if your photographer only edits a portion of your photos, such as your formals. That’s a lot of pictures. If you had a second shooter who shot at roughly the same rate as your lead, you’d have nearly double to triple the photos. That’s also a lot of extra post-production time for your lead photographer, who would probably prefer to focus on retouching your formals because those are the images you’re most likely to show. If you had three times as many photos, it would be too much for you to sort through at the end of the day. What would you do with them all? Do you have a photo album with 1400-2400 photos? Most likely not. Will you even print all of them? You probably won’t because it’s time consuming, frustrating, and expensive.

QUALITY RULES OVER QUANTITY.
You’ll probably go through all of your photos, choosing between 10 photos of the exact same moment, become stressed, and end up only putting 100-200 of your favourites in an album. Why pay for additional services when it would be a stressful experience and the majority of the photos would be stored on a hard drive and never seen again? Another point of view: instead of being overwhelmed by 2400+ images, you receive fewer images that are higher quality and fully edited. This could give you the ecstatic freedom to relive your day in the ideal amount of time. It is also much more cost effective in terms of prints/printing and image selection. Quality trumps quantity.

I’m not here to persuade you otherwise. Hiring a photographer for one of the most important days of your life is a deeply personal and significant decision. However, I hope that this information assists you in making the best decision for yourself and your budget.

At the end of the day, what is the best way to ensure that you don’t lose out by not hiring a second shooter?

COLLABORATE WITH A RESPONSIBLE, TALENTED, AND EXPERIENCED PHOTOGRAPHER!

No comments to show. 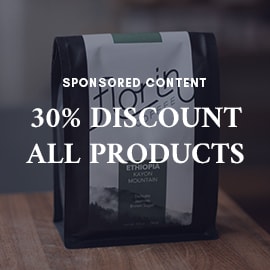